Given the expansion of our universe going faster than the speed of light there is an area outside our observable universe from where light will never – ever ever – reach us.

Nothing – no thing, no signal – will arive from there to here, nor from us to there. [ 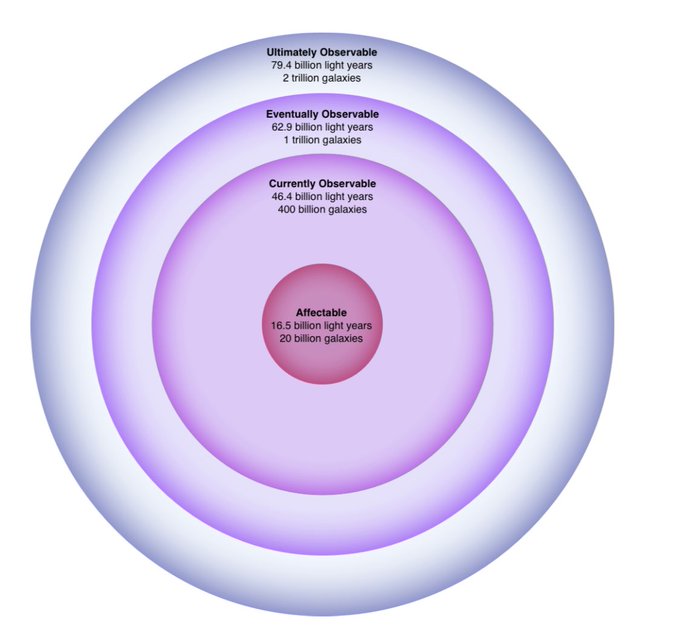 (https://twitter.com/paraschopra/status/1381130749588299777/photo/1) Life would consequently be isolated in their own bubbles. If life is lucky, life has neighbours within their observable universe. If life is unlucky, the rest of the lifeforms of the universe are having a party juuust out of reach. At least the isolated ones won't hear the thumping music at 4 in the morning.

Also called [[the affectable universe]] by Toby Ord Toby Ord on Twitter: "I started the paper in 2015, but paused it in 2016 to write The Precipice. I managed to include a little material in the final chapter, but it has been nice to return to this project, to show how the physics really works and what it implies. 11/11 https://t.co/xWNj5Sa8fg" / Twitter

multiverse - one universe or many